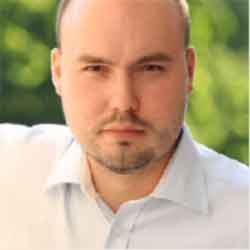 Polish guitarist Piotr Zielinski is a highly demanded teacher, lecturer and performer. In addition to his guitar career he is an accomplished pianist and piano teacher.

Piotr’s performances include concerts in New York City, Paris, Philadelphia, Tokyo, Austin, Washington, D.C., Baltimore, Warsaw, Katowice,  with performances with the Peabody Camerata Orchestra in Baltimore, a recital at the Pulawy Festival in Poland, performances in Washington, D.C. Mexican Cultural Institute and tours of Japan and Canada, as well as solo recitals in other cities in Poland, France, Germany, Ireland, Japan and the United States.  As a chamber musician, Piotr is a member of Aurora Guitar Quartet, a critically praised ensemble, with whom he released an album entilted ‘Valsa Negra” on the New Lake Records label.

Mr. Zielinski received a Graduate Performance Diploma and a Masters of Music Degree under the mentorship of world renowned Manuel Barrueco at Peabody Conservatory, where he also studied with Ray Chester. In 2001, he was the recipient of the Sydney-Friedberg Prize for outstanding musical contribution to Peabody.

Piotr was the first Polish citizen to be accepted at the Conservatoire National Superièur de Musique de Paris in classical guitar. He received the Prix de Guitare and DNESS Diploma from the Paris Conservatory, where he studied with Alexandre Lagoya and Olivier Chassain. He also served as faculty at the Academie Internationale de Musique in Paris. While living in France, Piotr collaborated with chamber music ensembles, such as Opus 20 and toured in a duo with his sister, guitarist Kasia Zielinska.

Piotr began playing guitar at the age of seven and made his concert debut in Poland at age sixteen, playing the Concierto de Aranjuez, and was broadcast on Polish television and radio.

Just as stellar of a performer is Piotr Zielinski, another native of Poland who also studied with Manuel Barrueco at Peabody. Zielinski, a current member of the Aurora Guitar Quartet, demonstrated considerable professionalism and ease. His style with Bach Sonata was low key and unassuming, but his technical clarity and musicality on the Fuga and Presto made it clear he is a player of remarkable talent and the there was no question of this after his performance of Barrios’ La Catedral. Zielinski’s rendition of the Ginastera Sonata for Guitar, Op. 47 is the best I have heard in recent years.

In addition to performing, Ms. Zielinski is a passionate educator of the arts. She is a Teaching Artist with ArtStream, an organization which brings arts to kids and adults with special needs and disabilities. A member of NATS (National Association of Teachers of Singing), Ms. Zielinski has studied voice with internationally acclaimed tenor Anastasios Vrenios and has pursued musical studies at Rhodes College (as a high school student), Trinity University, the Oxenfoord International School in Scotland, and l’Academie Internationale de Musique de Paris. In addition to her classical background, she is a certified Level II instructor of Somatic Voicework (c) The Lovetri Method (at Shenandoah University), which is a functional pedagogical approach to teaching Contemporary Commercial Music (CCM).  She is additionally a trained actor and graduate of the Studio Theatre Acting Conservatory in DC.

Ms. Zielinski is also an experienced performer of acoustic and classical guitar.  Taking up the instrument at the age of 13 to accompany her singing, Ms. Zielinski began with the classical technique and developed her skills both solo and as accompaniment in her studies at Rhodes College, Trinity University, and the Academie Internationale de Paris in France.  While living in Paris, she performed American classic jazz and folk music in Parisian clubs.

You can find more examples of Delia singing here

Get your free ebook "An Introduction to Music Lessons"

Submit your email to get your free copy. I share valuable insights about listening, studying, practicing and performing.

Thank you for subscribing.

Submit your email to get your free copy. I share insights about listening, studying, practicing and performing.

Thank you for subscribing. You will receive an email with the download link.